Assisi is one of the most beautiful communes and towns in Italy. You can find it in the province of Perugia in Umbria. This is known to be the birthplace of Propertius, and at the same time it really is one of the most iconic places in Italy when it comes to the churches and architecture that you can find out here.

If you enter your tour of Assisi, we will be able to show you some of the nicest churches in here, among many others. One of the most iconic places to visit is the Basilica of San Francesco D’Assisi, which is one of the oldest churches in Italy. Then you also have Santo Stefano, the Church of St Peter and many others.

While religion is a huge part of Assisi, the reality is that the Assisi tour is well worth it due to the two massive medieval castles that you can find in the region. The larger one is named Rocca Maggiore and it was created in 1366, then it was expanded a century later. The smaller one is from the Roman era. It’s partially restored and only 3 towers and a small portion of it is open to the public. 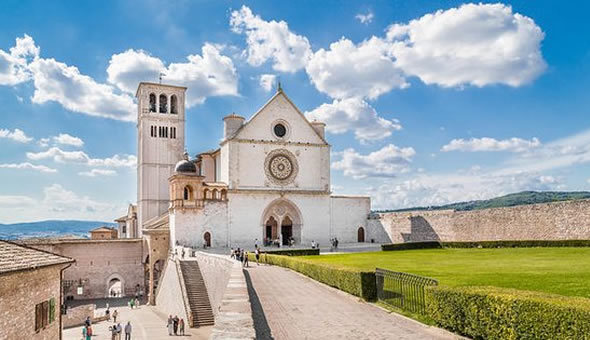 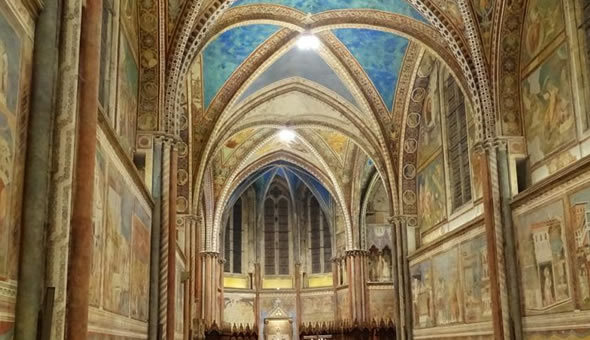 What you will like in Assisi is that you have the perfect blend of culture, history and art. Everything adds up seamlessly in order to bring in front a very distinct and downright impressive experience you will enjoy quite a bit.

And the best part about Assisi is that you always get to see something new. Aside from the aforementioned sights, you will also be able to see the roman Amphitheater, the Temple of Minerva as well as the Communal Square. All of these are iconic places that you will enjoy seeing, especially if you come as a part of a group. It’s definitely worth checking out, and you will not have a problem enjoying everything in a meaningful way.

The best part about Assisi is that you are always focused on value more than anything with the tour. The tour Assisi is designed to cover all the aforementioned locations and it’s among one of the nicest experiences you can find here.

We made sure that you can easily cover Assisi in all of its glory, and you will love the amazing location, unique moments that you can find here and tremendous quality. It really goes to show that Assisi is among one of the coolest places to visit in Italy.

And since there are so many iconic places, you will have no problem enjoying the downright amazing experience and results offered here. Our Assisi tour is here to bring you the fun and uniqueness that you always wanted to get from such an experience. We are fully committed to helping you explore the city of Assisi as you see fit. There are plenty of iconic things for you to check out here, and you will not have a problem enjoying all of them. Just consider giving them a shot by enrolling in our Assisi tour today! 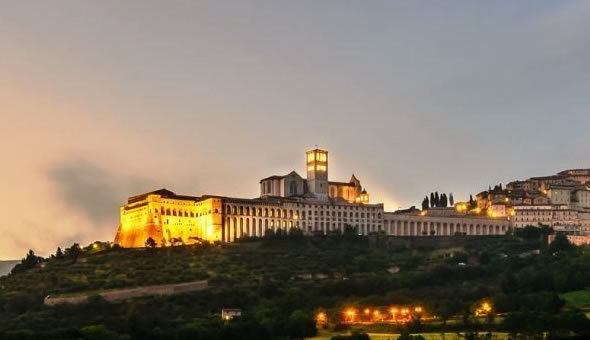 Rome by Limousine - Transfers from/to the airport Fiumicino/Ciampino - shuttle bus service
Book Now
Copyright 2021 Bounty Limousine Roma di Julian Nora - Via della Cona, 20 03018 Paliano (FR) - P.I. 12610251006
error:
Back To Top
We use cookies to ensure that we give you the best experience on our website. If you continue to use this site we will assume that you are happy with it.OkRead more